By Wisconsin Coalition to Normalize Relations with Cuba on January 28, 2019 • ( 1 Comment ) 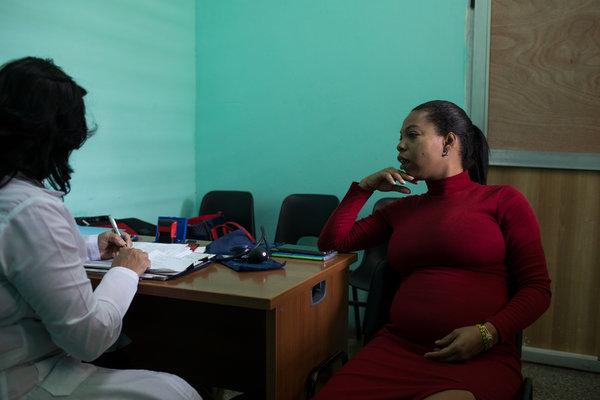 HAVANA — Claudia Fernández, 29, is an accountant whose stomach bulges with her first child, a girl, who is due in April.

Fernández lives in a cramped apartment on a potholed street and can’t afford a car. She also gets by without a meaningful vote or the right to speak freely about politics. Yet the paradox of Cuba is this: Her baby appears more likely to survive than if she were born in the United States.

Cuba is poor and repressive with a dysfunctional economy, but in health care it does an impressive job that the United States could learn from. According to official statistics (about which, as we’ll see, there is some debate), the infant mortality rate in Cuba is only 4.0 deaths per 1,000 live births. In the United States, it’s 5.9.

In other words, an American infant is, by official statistics, almost 50 percent more likely to die than a Cuban infant. By my calculations, that means that 7,500 American kids die each year because we don’t have as good an infant mortality rate as Cuba reports.

How is this possible? Well, remember that it may not be. The figures should be taken with a dose of skepticism. Still, there’s no doubt that a major strength of the Cuban system is that it assures universal access. Cuba has the Medicare for All that many Americans dream about. 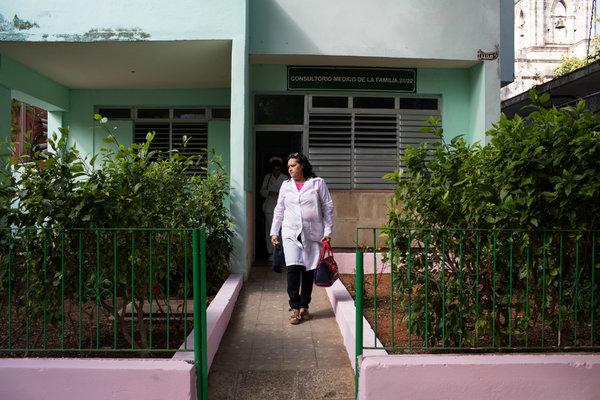 Dr. Rodríguez attends to patientsat the consultorio in the Vedado neighborhood in Havana and in their homes. Credit Lisette Poole for The New York Times

“Cuba’s example is important since for decades ‘health care for all’ has been more than a slogan there,” said Dr. Paul Farmer, the legendary globe-trotting founder of Partners in Health. “Cuban families aren’t ruined financially by catastrophic illness or injury, as happens so often elsewhere in the neighborhood.”

In Havana, I shadowed a grass-roots doctor, Lisett Rodríguez, as she paid a house call on Fernández — and it was the 20th time Dr. Rodríguez had dropped in on Fernández’s apartment to examine her over the six months of her pregnancy. That’s on top of 14 visits that Fernández made to the doctor’s office, in addition to pregnancy consultations Fernández held with a dentist, a psychologist and a nutritionist.

This was all free, like the rest of the medical and dental system. It’s also notable that Cuba achieves excellent health outcomes even though the American trade and financial embargo badly damages the economy and restricts access to medical equipment.

Fernández has received more attention than normal because she has hypothyroidism, making her pregnancy higher risk than average. Over the course of a more typical Cuban pregnancy, a woman might make 10 office visits and receive eight home visits.

Thirty-four visits, or even 18, may be overkill, but this certainly is preferable to the care common in, say, Texas, where one-third of pregnant women don’t get a single prenatal checkup in the first trimester.

Missing a prenatal checkup is much less likely in Cuba because of a system of front-line clinics called consultorios. These clinics, staffed by a single doctor and nurse, are often run down and poorly equipped, but they make health care readily available: Doctors live upstairs and are on hand after hours in emergencies. 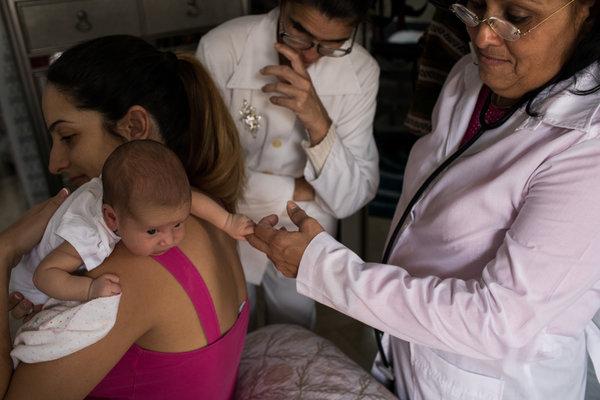 Dr. Rodríguez, right, and a nurse, Zoe Alonso Díaz, with a mother and her newborn daughter in their Havana home.Credit Lisette Poole for The New York Times

They are also part of the neighborhood. Dr. Rodríguez and her nurse know the 907 people they are responsible for from their consultorio: As I walked with Dr. Rodríguez on the street, neighbors stopped her and asked her about their complaints. This proximity and convenience, and not just the lack of fees, make Cuba’s medical system accessible.

“It helps that the doctor is close, because transportation would be a problem,” Fernández told me.

Home visits are also a chance to reach elderly and disabled people and to coach dysfunctional families, such as those wracked by alcoholism (a common problem), and to work on prevention. During Dr. Rodríguez’s visits to Fernández, for example, they discuss breast-feeding and how to make the home safe for the baby.

“It’s no secret that most health problems can be resolved at the primary-care level by the doctor, nurse or health worker nearest you,” said Gail Reed, the American executive editor of the health journal Medicc Review, which focuses on Cuban health care. “So, there is something to be said for Cuba’s building of a national primary-care network that posts health professionals in neighborhoods nationwide.”

Each consultorio doctor is supposed to see every person in the area at least once a year, if not for a formal physical then at least to take blood pressure.

All this is possible because Cuba overflows with doctors — it has three times as many per capita as the United States — and pays them very little. A new doctor earns $45 a month, and a very experienced one $80.

The opening of Cuba to tourism has created some tensions. A taxi driver who gets tips from foreigners may earn several times as much as a distinguished surgeon. Unless, of course, that surgeon also moonlights as a taxi driver.

Critics inside and outside the country raise various objections to the Cuban system. Corruption and shortages of supplies and medicine are significant problems, and the health system could do more to address smoking and alcoholism.

There are also allegations that Cuba fiddles with its numbers. The country has an unusually high rate of late fetal deaths, and skeptics contend that when a baby is born in distress and dies after a few hours, this is sometimes categorized as a stillbirth to avoid recording an infant death.

Dr. Roberto Álvarez, a Cuban pediatrician, insisted to me that this does not happen and countered with explanations for why the fetal death rate is high. I’m not in a position to judge who’s right, but any manipulation seems unlikely to make a huge difference to the reported figures. 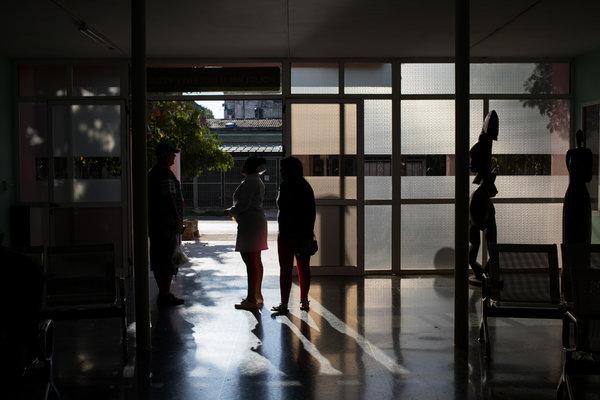 Nurses chat at the Policlinico in the Vedado neighborhood in Havana.Credit Lisette Poole for The New York Times

Outsiders mostly say they admire the Cuban health system. The World Health Organization has praised it, and Ban Ki-moon, the former United Nations secretary general, described it as “a model for many countries.”

In many ways, the Cuban and United States health care systems are mirror opposites. Cuban health care is dilapidated, low-tech and free, and it is very good at ensuring that no one slips through the cracks. American medicine is high-tech and expensive, achieving some extraordinary results while stumbling at the basics: A lower percentage of children are vaccinated in the United States than in Cuba.

The difference can also be seen in treatment of cancer. Cuba regularly screens all women for breast and cervical cancer, so it is excellent at finding cancers — but then it lacks enough machines for radiation treatment. In the United States, on the other hand, many women don’t get regular screenings so cancers may be discovered late — but then there are advanced treatment options.

As Cuba’s population becomes older and heavier (as in the United States, the nutrition problem here is people who are overweight, not underweight), heart disease and cancer are becoming more of a burden. And the lack of resources is a major constraint in treating those ailments.

Cuba invests heavily in health care partly because it’s a moneymaker. Cuba exports doctors to other countries, and this has become an important source of hard currency (the doctors earn a premium while abroad, but much of the surplus goes to the government).

With its doctors, Cuba creates a global public good: I’ve encountered Cuban physicians in impoverished countries around the world, and Cuba also trains many doctors from Haiti and other countries. Hundreds of Cuban physicians also risked their lives to travel to West Africa during the Ebola crisis.

Cuba has developed its own pharmaceutical industry, partly to get around the American embargo, and this also creates financial opportunities. A lung cancer medication from Cuba is now undergoing a clinical trial in the United States, and a similar U.S.-Cuba partnership is pursuing a Cuban treatment for diabetic foot ulcers. To me, those partnerships represent a path toward cooperation that both sides should build on.

While we should call on Cuba to grant people like Fernández meaningful political rights, we should likewise push for American babies born in low-income families to have the same opportunity for attentive health care as her daughter will have.

Nicholas Kristof has been a columnist for The Times since 2001. He has won two Pulitzer Prizes, for his coverage of China and of the genocide in Darfur. You can sign up for his free, twice-weekly email newsletter and follow him on Instagram. @NickKristof • Facebook

A version of this article appears in print on Jan. 19, 2019, on Page SR11 of the New York edition with the headline: ‘Medicare for All,’ Cuban-Style. Order Reprints | Today’s Paper | Subscribe